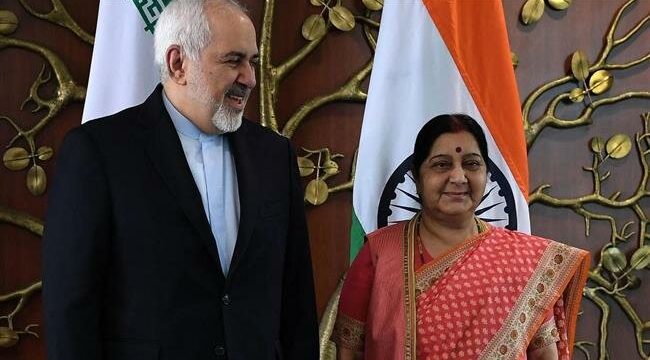 Tasnim – Iran’s Foreign Minister Mohammad Javad Zarif extended his condolences to the government and people of India on the passing of the country’s former External Affairs Minister Sushma Swaraj.

“My deepest condolences to the government and the people of India on the passing of former External Affairs Minister Sushma Swaraj. I had many fruitful and useful discussions with her while she held office, and am saddened by her sudden passing. May she forever rest in peace,” Zarif wrote on Twitter.

Swaraj, 67, a senior leader of the ruling Bharatiya Janata Party (BJP), had opted out of contesting elections earlier this year citing health reasons.

“A glorious chapter in Indian politics comes to an end,” tweeted Indian Prime Minister Narendra Modi. “India grieves the demise of a remarkable leader who devoted her life to public service and bettering lives of the poor.”

A former Supreme Court lawyer, Swaraj was the senior most woman in Modi’s cabinet in his first term, which ended in May.

Swaraj was an active social media user, who often responded on Twitter and intervened to help people seeking assistance.