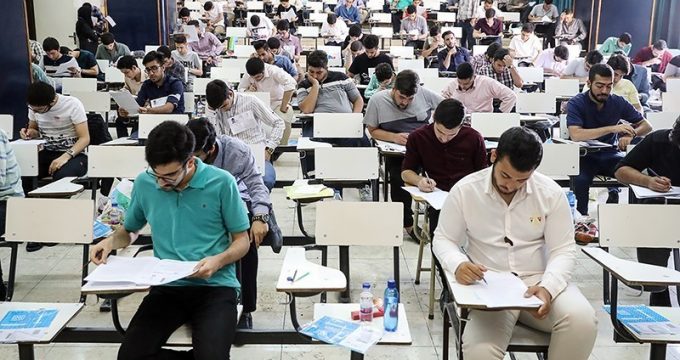 Tehran Times – An online system has been launched to assess the student’s personality from different aspects to help them discover the right career path and make better decisions when choosing a field of study before the university entrance exam (Konkur), director for association of educational psychology has said.

The Iranian university entrance exam, is a standardized multiple choice test used as a means to gain admission to higher education in Iran. High school graduates compete in an attempt to seek a place in one of the public universities after finishing the 12-year compulsory education.

After the exam results are announced, students can choose their desirable field of study.

In Iran, as in many other countries where a university entrance exam is a sole criterion for student selection, it provides advantages to some candidates with better education and preparation, so, the exam remains an impediment to equal education access or right field of study based on the students’ personality or proper careers which fit well with who they really are.

“So, for the first time, researchers active in the fields of psychology and psychometric have launched a system to recolonize the student’s career aptitude assessing their abilities, emotions and intelligence,” Fariborz Dortaj said.

The traditional way of choosing field of study due to ignoring intelligence, personality and abilities of the students resulted in academic failure, expulsion, and college dropout, he lamented.

All applicants can refer to the system and choose courses tailored to their cognitive ability, interests, and personality traits, prior to the exam results announced, he noted, ISNA reported on Sunday.

He went on to say that but for the next few days when the results are announced, the applicants can choose their field of study more accurately regarding their ranks.

No such system in the world has ever been designed that can simultaneously measure intelligence, talent, creativity, ability and interest, he highlighted, adding, one of the problems with psychology and other academic fields is one-dimensional approach, so that only the intelligence of the candidates is measured through the tests, but this system determines whether the person’s talents and ability regardless of the intelligence is compatible to study a field.

For example, an introvert should study in fields such as chemistry and laboratory sciences that require minimal communication, he said.
He concluded that the system also helps the parents distinguish their children’s abilities or talents from their early childhood.