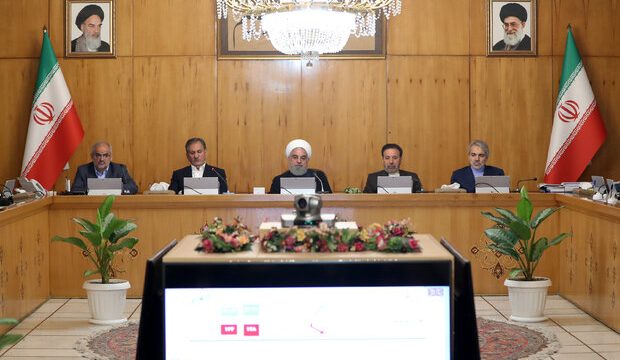 MNA – The Council of Ministers in a Sun. session approved the signing of customs agreements between Iran and the Economic Cooperation Organization member states.

The Council of Ministers convened on Sunday evening in a session that was chaired by President Hassan Rouhani and discussed a range of domestic and international issues.

During the session, the cabinet agreed with the signing of customs agreements between Iran and the Economic Cooperation Organization member states, noting the importance of coordination in customs relations for the development of foreign trade and pursuing the economic goals of the country.

The Council also authorized the Ministry of Roads and Urban Development to temporarily sign the amendment protocol for air transport agreement between the governments of Iran and Ukraine.

The government also approved the bill of “Agreement on International Transport of Passengers and Goods between the Government of the Islamic Republic of Iran and the Swiss Federal Council.”

During the session, the cabinet approved allocating credit and loans for reconstruction and repairing the damages caused by the earthquake in Masjed Soleyman, Khuzestan Province.

The credit that was approved was aimed at reconstructing 1,427 urban housing units and 93 rural units.

The Council of Ministers further discussed and approved allocating credit for the National Project for Investigating Floods.