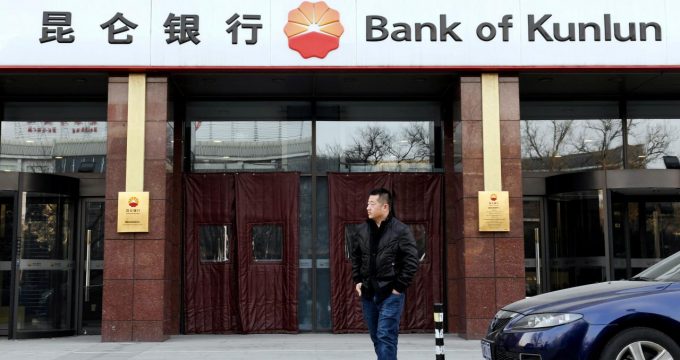 PressTV – A report in the financial times says oil tankers operated by China’s Kunlun bank have been helping Iran’s crude exports in defiance of US sanctions against Tehran.

The report published on Monday claimed that at least three tankers belonging to the Bank of Kunlun have been interacting with Iranian vessels since May, when US toughened its sanctions against Iran, to carry Iran’s crude to China.

The report cited satellite imagery for its claims and said that officials in the US government were tracking the movement of tankers linked to Kunlun, a company owned by China National Petroleum Corporation.

“The data and imagery clearly suggests that these tankers, all of which have been linked to the Bank of Kunlun, are involved in transporting Iranian oil,” said a source from TankerTrackers which monitors ship movements.

The report cited sources from the US government that the administration of President Donald Trump could impose sanctions on Kunlun.

However, imposing bans on a major Chinese company over its businesses with Iran would prove hugely difficult at a time of increasingly strained ties between China and the US.

The two countries have already been at odds over how to handle their trade disputes while Trump is becoming wary of China’s growing influence in North Korea, where the US president is seeking a detente after decades.

The report comes more than two months after Washington ended a series of exemptions given to countries like China for buying oil from Iran.

China has largely defied US calls for a full halt of oil purchases from Iran, saying that would hurt its companies and businesses. Chinese officials have also condemned US sanctions against Iran as a clear breach of international laws and a form of “bullying”.

Dennis Wilder, a former top CIA and White House official, told the Financial Times that China would keep defying US sanctions against Iran as a matter of policy.

“China is not going to do the US any favors … This is the price you pay strategically,” said Wilder, adding, “You cannot tell China on the one hand to be aligned with you … and at the same time decide you’re going to retard or destroy some of their corporations.”