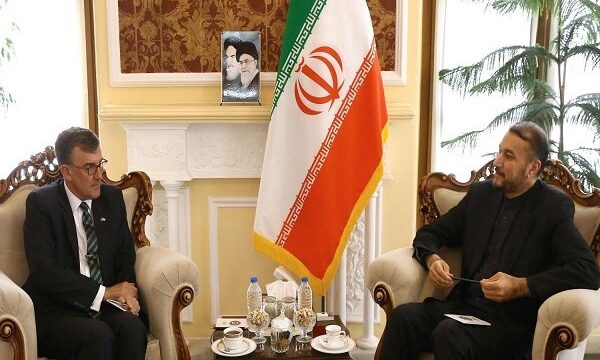 MNA – Iranian Parliament’s General Director for International Affairs Hossein Amir-Abdollahian said that Iran is willing and ready to enhance parliamentary ties with Australia in all levels.

He made the remarks on Sunday in a meeting with the departing Australian ambassador to Iran Ian Biggs.

Amir-Abdollahian appreciated the constructive efforts of Biggs for boosting relations between the two countries during his tenure.

The Australian envoy, for his part, said that there are many grounds for bilateral cooperation between the two countries, hoping that bilateral parliamentary ties would further expand in the future.