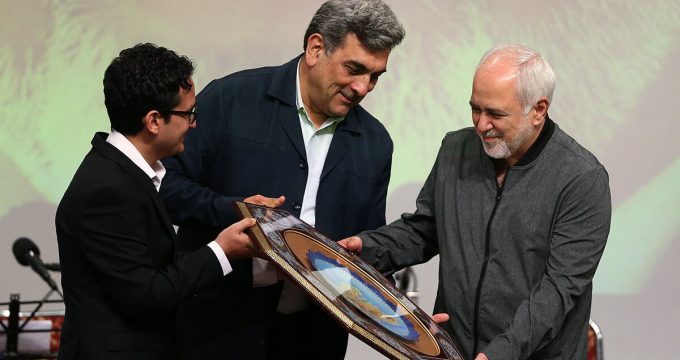 IRNA – Foreign Minister Mohammad Javad Zarif said that It is an honor for him to be sanctioned for serving Iranian people and defending their rights.

Addressing a ceremony to support flood-hit people in Lorestan province, he deplored that they could not benefit from the aid of Iranian expatriates due to US sanctions blocking Iranian banking ties.

“Surely, what we are proud of, belongs to the people. All honors, resistance and progress have been achieved by the people,” he said.

He honored national resolve of the Iranians to withstand the US arbitrary sanctions. “We failed to serve the people as they deserve,” he said, noting that that’s the people who tolerated pressures to safeguard the country.

“It was the people who backed us to be able to hold talks,” he said.

“We are indebted to the people, as we benefited from the flood because level of water resources had reached alarming level but a group of our countrymen suffered and lost their loved ones and properties,” he said.

Zarif was honored in a ceremony in presence of Tehran Mayor Pirouz Hanachi.

Iran Floods’ damage, Iranian people, Lorestan Province, US sanctions against Zarif August 3, 2019
UK does not agree with US sanction on Iranian foreign minister
Sanctioning Zarif exposed falsity of US calls for negotiation with Iran: Kharrazi