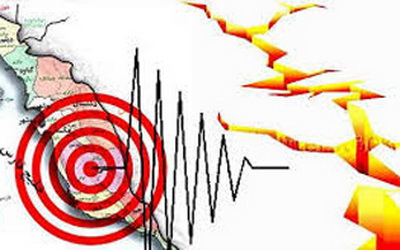 Tasnim – An earthquake measuring 4.2 on the Richter scale jolted an area in Iran’s western province of Kermanshah in the early hours of Saturday but there are no immediate reports of damage or casualties.

According to the Seismological Center of the Institute of Geophysics of Tehran University, the temblor struck an area near the city of Tazehabad northeast of the provincial capital, Kermanshah, at 4:56 a.m. (local time) on Saturday.

According to data from the seismological center, the location of the quake was 17 km from Tazehabad at a depth of 8 km.

There have been no reports of casualties so far, according to Tasnim dispatches.

On November 12, the western province of Kermanshah was hit by a major 7.3-magnitude quake that killed 620 people according to the latest toll.

The deadliest quake in Iran’s modern history happened in June 1990. It destroyed the northern cities of Rudbar, Manjil, and Lushan, along with hundreds of villages, killing an estimated 37,000 people.

Bam in the country’s southeastern province of Kerman witnessed a strong quake in December 2003 which killed 31,000 people.