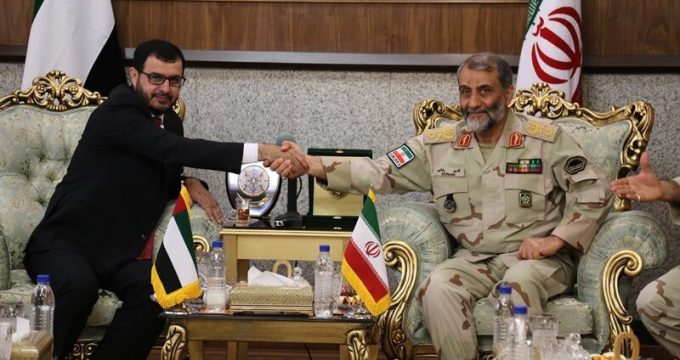 MNA – The UAE Foreign Ministry official has expressed his happiness with recent visit of a maritime delegation to Tehran, stressing the importance of such meetings.

According to Emiratis News Agency, a UAE Ministry of Foreign Affairs and International Cooperation, MoFAIC, official expressed his satisfaction following the 6th joint meeting between the UAE and Iran on maritime affairs.

Salem Mohammed Al Zaabi, MoFAIC’s Director of the International Security Cooperation Department, said that the meeting is a continuation of the previous periodic meetings of the joint committee which was formed to discuss routine maritime issues, including maritime connections, illegal entries and smuggling, fishermen and shared borders.

Al Zaabi expressed his satisfaction with the results of the meeting, adding that the objective behind the meeting is to ensure the safety of UAE citizens, including the country’s fishermen. He highlighted the importance of these meetings to address routine maritime agenda issues between the two countries, Emiratis News Agency further said.