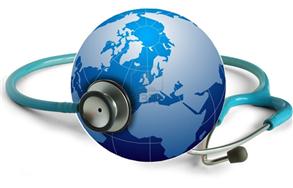 Financial Tribune – A record high of 600,000 health tourists visited Iran during the first four months of the current Iranian year (March 21-July 21), equaling the total number of health tourists who paid a visit to the country in the last fiscal year (March 2018-19), according to the deputy head of Iran Health Tourism Promotion Association of Iran.

“Last year, a total of $1.2 billion in revenues were generated through health tourism. The figure has increased by 20-30% during the first four months of this year,” Mohammad Panahi was also quoted as saying by Donya-e-Eqtesad.

“The main reason for the increase is that the depreciation of Iranian rial against foreign currencies has made travelling to Iran much cheaper,” he added, noting that the expertise of Iranian physicians has also made the country’s medical services market appealing for foreigners.

Tourists this year, according to Panahi, have mainly come from Iraq, Azerbaijan, littoral states of the Persian Gulf, Lebanon and Syria as well as Iranian expatriates residing in Canada and Germany.

“Cosmetic and open heart surgeries, as well as orthopedic and female sterility treatments top the list of causes for which health tourists visit Iran,” he said.