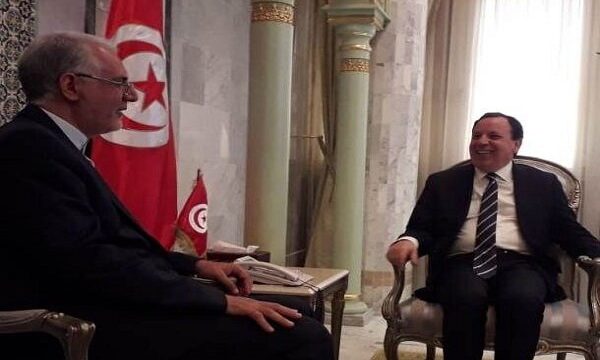 Both sides stressed on development of bilateral cooperation in all fields.

The 92-year-old president had been hospitalized since late June after suffering a “severe health crisis,” according to authorities, and was released after a week. Since then he was seen in public only in two occasions. Tunisians bid farewell to their first democratically elected president Beji Caid Essebsi at a state funeral on Saturday attended by foreign leaders.