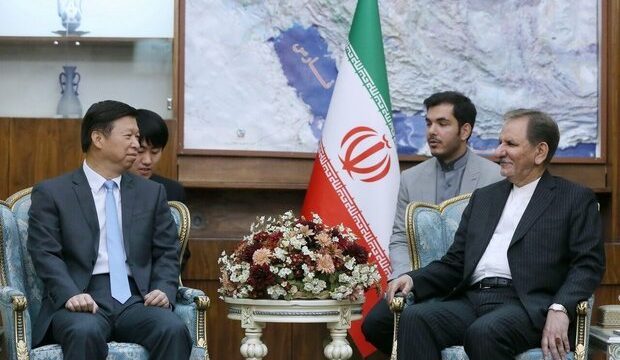 “Gas is the most important energy of the world in the future and Iran possesses the world’s largest gas fields. And we are ready to export gas to China through Iran-Pakistan gas pipeline,” he said in a Monday meeting with the visiting Chinese delegation in Tehran led by Song Tao, head of the International Department of the Central Committee of the Communist Party of China (CPC).

The Iran-Pakistan pipeline project – also called Peace Pipeline – is a 1,957-kilometer pipeline that will deliver natural gas from Iran’s South Pars fields to Pakistan’s two major cities — Karachi and Multan. Tehran has fulfilled its commitment regarding the construction of the gas pipeline inside Iranian territory (1,172km pipeline from Asalouyeh to the joint border) and is waiting for Islamabad to do its share and complete the 785km on its territory. However, Pakistan has halted the project citing sanctions imposed on Iran. This is while the country needs Iran gas to feed its power plants and help improve its power sector that is in an eternal state of crisis.

Elsewhere in his remarks, Jahangiri also touched upon US efforts to drive Iran’s oil exports to zero, noting that after one year of the imposition of oil sanctions, Iran’s economy now enjoys a stable status. Acknowledging limitations of friend countries such as China for trading with Iran, Jahangiri added that “we expect friend countries to act more actively in buying Iranian oil.”

He also said that US is after undermining the regional security, adding, “the Islamic Republic of Iran’s foreign policy is based on supporting multilateralism and confronting American hegemony. And Iran is ready to cooperate with China in this field.”

For his part, Song Tao said that China considers ties with Iran as ‘strategic and long-term’, noting, “despite all developments in regional and international fields, Beijing’s resolve to maintain friendly relations with Tehran will not change.”

China understands Iran’s concerns over the nuclear deal and calls on all parties to fully implement their commitments under the deal, he added.

“Beijing calls on signatories to the JCPOA to solve their differences through dialogue and political solutions. If all parties adhere to their commitments we can stand against US unilateralism,” he highlighted.