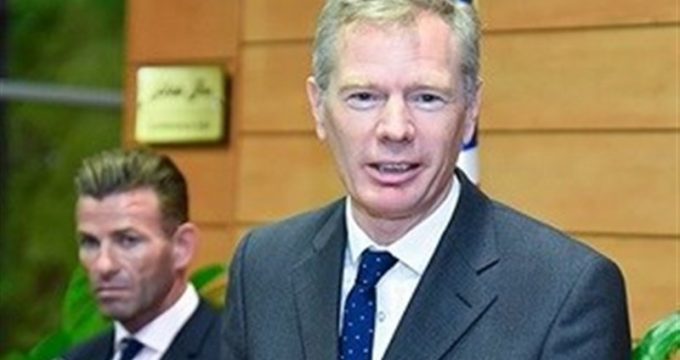 IRNA – United Kingdom ambassador to Iran said Monday that London’s top priority in the region is to mitigate the tensions.

In a Tweet, Robert Macaire said that the top priority of the UK and its embassy in Tehran is still to ease tensions.

He also added a link to the official website of the UK government that refers to the latest developments in London’s ties to Tehran.

The UK’s naval forces on July 4 seized a tanker carrying Iranian crude while it was passing through Gibraltar. Iran says it was a breach of the international law and amounted to ‘priacy’.

London claims that the seizure was in line with European Union’s sanctions against Syria. Iranian officials have repeatedly rejected the claim that the oil was Syria-bound.

Nearly two weeks later, the Islamic Revolution Guard Corps (IRGC) seized a UK tanker in the Strait of Hormuz. Tehran says it was violating the maritime international law, and the seizure was made upon request of the Ports and Maritime Organization in the Iranian southern province of Hormuzgan.