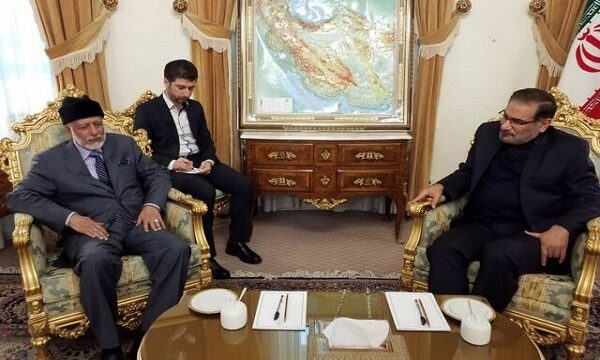 Press TV – Iran’s top security official says his country’s seizure of a British-flagged oil tanker in the Strait of Hormuz was totally lawful.

“We believe that all countries need to respect international maritime law in order to help maintain security, and we make no exceptions for any country in this regard,” he added.

“Unlike Britain’s piracy in the Strait of Gibraltar, where it illegally confiscated an Iranian oil tanker, Iran’s measure [in the Persian Gulf] has been completely legal and in line with maritime regulations and security,” said Shamkhani.

Shamkhani was referring to the UK-flagged Stena Impero tanker, which was impounded by Iran’s Islamic Revolution Guards Corps (IRGC) on July 19 when it was passing through the Strait of Hormuz en route to Saudi Arabia “for failing to respect international maritime rules.”

IRGC’s measure to seize Stena Impero came days after Britain’s naval forces unlawfully seized Iranian-owned oil tanker Grace 1 and its cargo of 2.1 million barrels of oil in the Strait of Gibraltar, under the pretext that the supertanker had been suspected of carrying crude to Syria in violation of the European Union’s unilateral sanctions against the Arab country.

Reports, however, said the confiscation took place at the request of the US.

Tehran has condemned the seizure as “maritime piracy,” warning that it would not go unanswered. It has also rejected London’s claim that the ship had been bound for Syria.

Elsewhere in his remarks, Shamkhani highlighted Iran’s lasting policy in pursuing ties based on self-restraint and mutual understanding with neighbors, criticizing certain regional countries for “taking hasty and arrogant measures and moves” in dealing with regional crises.

These countries, he said, have removed the possibility of holding dialogue and have made it difficult to manage regional crises.

“Security measures for the region must be provided by using local capacities and cooperation between regional countries, and foreign countries’ interference will achieve nothing but increase problems,” he said.

Bin Alawi, for his part, said all countries must avoid measures that would add to instability and insecurity in the region.

They discussed the effects of the US economic terrorism on Iran, as well as security in the Persian Gulf, the Strait of Hormuz and the Gulf of Oman.