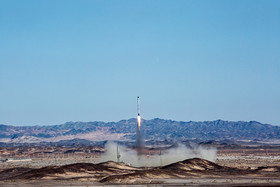 Press TV – An official from the Iranian Space Research Center (ISRC) says the institute has completed the development of one satellite and is making final preparations on two others for launch into orbit.

In an interview with IRNA news agency on Sunday, Hadi Rezayi, the deputy of research and technology at the ISRC, said that while other countries bought much of their required space technology and equipment, Iran could not do so because of current restrictions caused by US sanctions.

Though disturbing, the limitations lead Iran to advance its scientific and technological status indigenously, Rezayi said.

“Despite all the aforesaid restrictions, due to the efforts of ISRC researchers and the cooperation of other scientific and research centers in the country, [work on] one satellite has been completed at the ISRC and it is ready for launch while a measurement satellite and a telecommunication satellite are in their final preparation stages,” he said.

He explained that space technology was among the leading scientific areas, whose advances were also used in other industries.