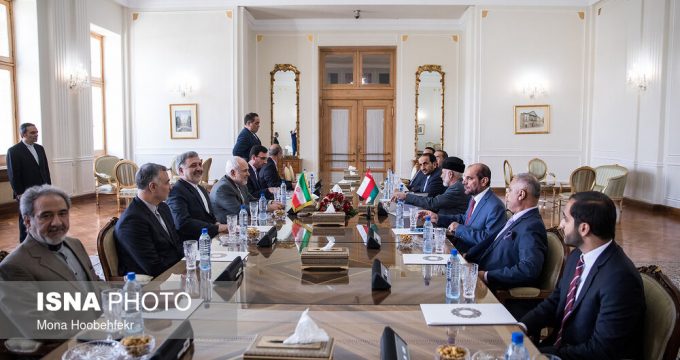 IRNA – Iranian Foreign Minister in a message referred to his Saturday meeting with his Omani counterpart, saying regional issues and the US economic terrorism were discussed.

He added: “Discussed effects of the US’ #EconomicTerrorism on Iran; bilateral relations, regional developments & security in the Persian Gulf, the Strait of Hormuz and the Gulf of Oman.”

The two senior diplomats discussed the relations between Tehran and Muscat, as well as controversial issues related to the region and the international community.

Last week, Oman’s Foreign Ministry had announced that the visit will be made as a part of the two Middle Eastern countries’ bilateral relations and the ongoing consultations between Tehran and Muscat.

According to the statement, regional developments will also be discussed in Tehran.

The visit comes three months after the foreign minister’s latest visit to Tehran.

Iran and Oman enjoy numerous shared concerns in the region as well as longstanding cultural amity and exemplary friendship.