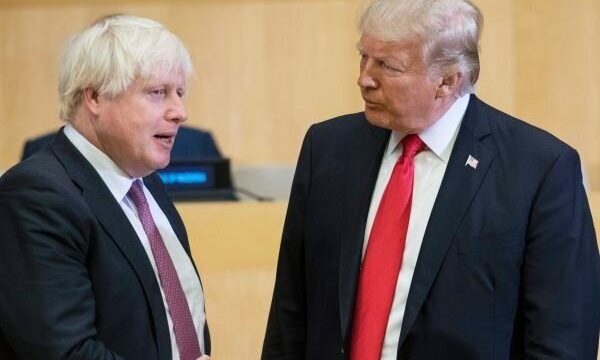 In a conversation on Friday, Boris Johnson of Britain and US President Donald Trump expressed commitment to delivering an “ambitious free trade agreement”, according to a statement, which also said they will meet at the G7 Summit in Biarritz, France, in August, Reuters news agency reported.

The two also discussed recent tensions with Iran and the need for the two countries to work together on the issue, the statement added.