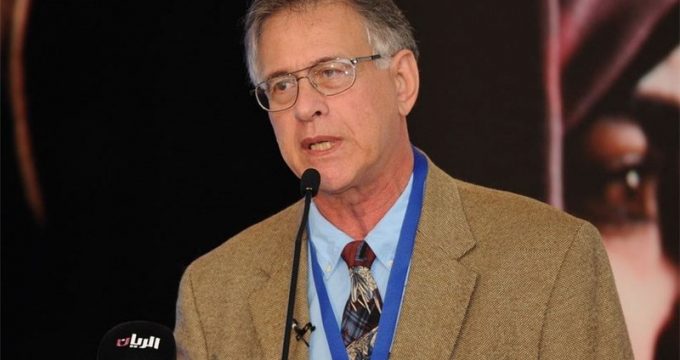 Tasnim – A political analyst and former US government adviser defended strategies of resistance adopted by countries like Iran, Venezuela, and Syria against Washington and said when “logic, reasoning and negotiation” fail, resistance is the only way for them to defend their rights.

“Every country and every individual makes its own choice, but when logic, reasoning, and negotiation fail, resistance is sometimes the only way to defend one’s rights, and the alternative is to submit to slavery,” Paul Larudee from San Francisco said in an interview with Tasnim.

“History shows that nations that choose submission over freedom often disappear and become absorbed by more powerful nations,” he added.

Larudee is an Iranian-born American political activist and human rights volunteer, who works with the International Solidarity Movement. He is a former contracted US government adviser to Saudi Arabia and a founder of the Free Gaza and Free Palestine Movements.

Tasnim: International developments are full of examples of how regional and trans-regional countries have successfully adopted strategies of resistance against oppression and unilateralism that have borne good results. As you know, countries like Iran, Syria, Yemen, Venezuela, and Palestine have protected their national sovereignty against foreign threats and achieved many gains through this strategy. In contrast, some countries have adopted a strategy of appeasement or reconciliation when being hectored and bullied by world powers. Given the experiences of these resistance countries, what do you think about their approach and the concept of resistance?

Larudee: Every country and every person accepts a certain amount of oppression, but also resists a certain amount of it according to what is tolerable and what is intolerable. Some allow themselves to be puppets of the powerful because they consider the benefits to outweigh the disadvantages. In such cases, the greatest advantages are to the dominant power, but even that power can often see the advantage of not becoming so oppressive that its puppet will cease to obey. Other countries refuse to be puppets and insist that all countries be treated with equal respect and be allowed to set their own policies and governmental and economic systems without interference, as long as they do not compromise the rights of other countries to do the same. The entire world preaches these rights, but powerful imperialist powers consider the exercise of these rights to be a threat to their domination of smaller countries and often prefer to destroy them as an example to other countries. Every country and every individual makes its own choice, but when logic, reasoning, and negotiation fail, resistance is sometimes the only way to defend one’s rights, and the alternative is to submit to slavery.

Tasnim: Do you think countries that currently toe the line of major powers like the US ought to emulate these experiences of resistance countries to protect their independence and stand against unilateralism?

Larudee: Every sovereign nation has the right to decide for itself if it wishes to protect its independence and stand against unilateralism, and to what extent. It is not for me or anyone who is not part of that nation to decide for them. Nevertheless, it is clear that appeasement rarely satisfies the appetite of the oppressor, and often leads to increasing demands. Thus, every nation has to decide how much oppression it is willing to accept and when the limit has been reached. History shows that nations that choose submission over freedom often disappear and become absorbed by more powerful nations. But the same is true of oppressor nations. Professor Paul Kennedy, in his classic work, The Rise and Fall of the Great Powers, also shows that oppressors that spend too much of their nation’s wealth on military expenses tend to destroy their own economy and lose their power and influence. Nevertheless, these are decisions that each country must make for itself.

Tasnim: In an op-ed article written for Tasnim, the Secretary of Iran’s Supreme National Security Council, Ali Shamkhani, warned the European countries of the risks of inaction regarding the US administration’s unilateral policies, saying the current EU leaders will be held accountable for Europe’s future challenges. Shamkhani criticized Europe for becoming an unimportant and passive actor that accepts humiliation at the hands of the US and has to live with the destructive effects of Washington’s unilateralism that have affected several international treaties. What is your take on that? Isn’t it better for the EU to stand up to US bullying and unilateralism?

Larudee: Clearly, the US runs the risk of pushing Europe too far. The European countries are powerful enough to push back, but they also know that there will be important consequences if they do. It is possible that they might not wish to confront the US on its demands for them to support its unilateral policies, hoping that it will come to its senses or that there will be a change in the government. If so, I believe that this is a false hope. There are signs of resistance in the US, but not enough to make real changes yet. Even if there is a change in the government, the powerful figures in both parties are not very different in their foreign policy and are unlikely to change substantially from the usual aggressive imperialist policies. If Europe prefers not to be bullied, it will have to stand up for itself.