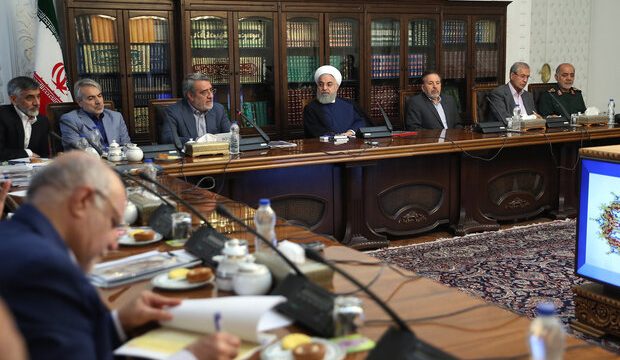 Speaking on Tuesday at the meeting of Taskforce against Smuggling of Goods and Currency, President Hassan Rouhani said “under sanctions, we need to be extremely careful in our currency expenses, which is obtained very hard.”

According to the official website of Iranian President ‘President.ir’, he also described military forces and the Police, Central Bank, the Judiciary, Ministry of Intelligence and the Customs Department as spearheading the fight against goods and currency smuggling.

“Today, the necessary technical tools for monitoring and controlling are available; of course, there may still be some flaws in his field, which should be addressed,” he said.

The President continued “fighting smuggling has to be addressed systematically from the starting point to the destination.”

He added “those who have good experience in economic activities and observe the rules and regulations need to be supported and given priority.”

He also referred to fuel, saying “border provinces need to be able to sell fuel to neighbouring countries with a certain discount, so that people who live in these provinces can enjoy some privileges.”

Rouhani went on to state that good measures have been taken for stopping trafficking of 8 million litres of diesel daily, saying, “In fighting smuggling, we can take advantage of the potentials of start-ups in tracking, controlling and coordination.”

Referring to those who have received official-rate foreign currencies and did not receive any goods, he said “the Central Bank and the related committee need to discuss this issue carefully and if the receiver of the currencies has not imported the required goods, they must be dealt with.”

“The most important topic of this meeting was in fact more coordination among the related organs and connecting the monitoring systems,” said Rouhani.