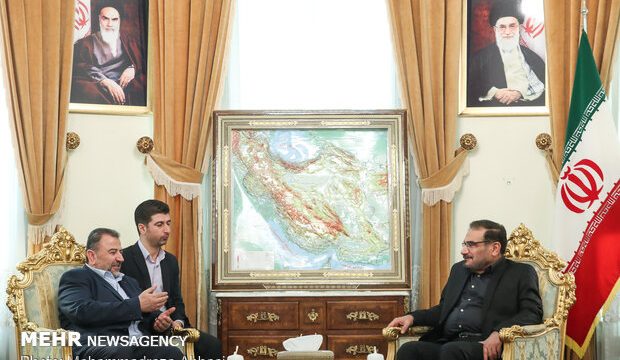 Plans against Palestinian cause doomed to failure: Iranian official

IRNA – Secretary of Supreme National Security Council Ali Shamkhani said on Tuesday that fabricated plans opposing the cause and demands of the Palestinian people are doomed to failure.

Shamkhani made the remarks in a meeting with Saleh al-Arouri, deputy leader of Palestinian resistance movement, Hamas.

Shamkhani said that the plot known as the Deal of the Century is a failed plan that cannot come true.

Reaffirming Iran’s support for the Palestinian resistance, he said, “Backing Palestine’s cause is a principle of the Islamic Revolution which will last until the full victory of resistance movement over the occupation forces.”

He added that some Arab states have attempted to divide the resistance movement and the main supporters of Palestine through various pledges.

“But it turned out that their rulers are in contact with the Zionist enemy, and are receiving the Israeli military advisors for killing Muslims,” Shamkhani added.

Arouri said that consultations with Iranian officials on the current developments in Palestine and resistance movement are on the agenda of the visit to Tehran.