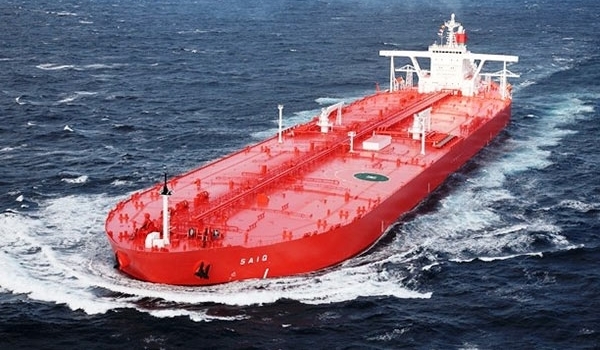 Press TV – Panama’s maritime authority has confirmed that a tanker operating under the country’s flag and seized by Iran in the Persian Gulf last week for smuggling fuel, was indeed in violation of international laws.

The Panamanian Maritime Administration (AMP) on Sunday censured the use of ships chartered by Panama for illegal acts, days after Iran’s Islamic Revolution Guards Corps (IRGC) detained the oil tanker MT Riah when it was smuggling one million liters of Iranian fuel in the northern part of the Strait of Hormuz.

“We categorically condemn the use of vessels with a Panamanian flag for illicit acts that threaten the safety of human life,” the AMP underscored in a statement.

The statement further said that “those who clearly violate the laws, conventions and international agreements will be sanctioned and will run the risk that the ship is canceled from the Registry.”

According to specialized international sites, the vessel changed its name four times between 2009 and 2019. The vessel’s Dubai-based owner Prime Tankers LLC says it has sold the vessel to Mouj Al-Bahar, another Emirati company.

The latest development follows the British seizure of an Iranian oil tanker claiming that it was carrying crude to Syria in violation of the European Union’s unilateral sanctions against the Arab country.

The Grace 1 supertanker, carrying 2.1 million barrels of oil, was seized on July 4 as it transited through international waters off Gibraltar, which is located on Spain’s southern tip.

Later that day, Iran’s Foreign Ministry summoned Britain’s ambassador in Tehran, Rob Macaire, to express its strong protest at the move. The envoy was told that the British Royal Marines’ move was tantamount to “maritime piracy.”

Reports say the seizure took place at the request of the United States, which has been bent on driving Iranian oil exports to “zero” as part of its sanctions against the Islamic Republic.

Leader of the Islamic Revolution Ayatollah Seyyed Ali Khamenei denounced Britain’s illegal seizure of the oil tanker, warning that the act of “piracy” will not go unanswered.

Russian Deputy Foreign Minister Sergey Ryabkov said Monday that Iran’s arguments for its seizure of the UK-flagged oil tanker were more convincing than those of London.

“Iran’s arguments are much more right than those of Gibraltar and London who are indulging in piracy,” Ryabkov said.

Iranian officials says the vessel had switched off its GPS locator, in contravention of international regulations, and was sailing into the strategic waterway in a wrong traffic pattern.

The taker was transferred to the port of Iran’s southern city of Bandar Abbas for maritime casualty investigation.

The Britain has sought a diplomatic solution to the incident and UK Prime Minister Theresa May is to hold a meeting of the emergencies committee on Monday to discuss the issue.

Saudi Arabia, which had itself been holding an Iranian oil tanker for almost 11 weeks, called Iran’s measure to seize Stena Impero “completely unacceptable”.

Saudi Arabia announced in early May that its coast guard had rescued a distressed Iranian oil tanker with 26 on board off the Red Sea port of Jeddah, after it faced “engine failure and the loss of control.”

According to Iranian officials, the incident had occurred on April 30 while Happiness I was on its way to the Suez Canal, and that water had leaked into the tanker’s engine room.

The Saudis were refusing to let the vessel leave and were, at the same time, demanding that Iran pay $200,000 a day for maintaining the vessel in the port city of Jeddah, some $10 million in total.

The oil tanker, however, was released on Saturday after a series of negotiations.