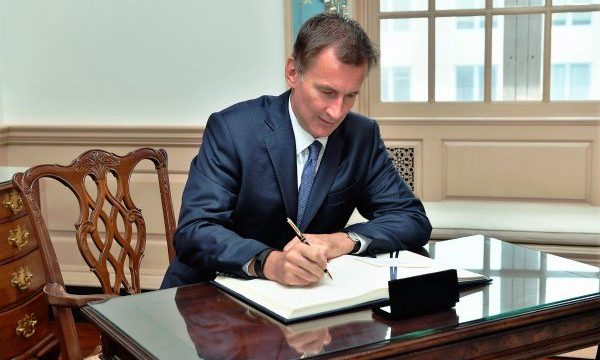 MNA – British foreign minister Jeremy Hunt said he had spoken to his Iranian counterpart Mohammad Javad Zarif and expressed his “extreme disappointment” over Iran’s seizure of a British-flagged tanker in the Strait of Hormuz on Friday.

“Just spoke to … Zarif and expressed extreme disappointment that having assured me last Saturday Iran wanted to de-escalate situation, they have behaved in the opposite way,” British Foreign Secretary Jeremy Hunt tweeted on Saturday, according to Reuters.

“This has to be about actions not words if we are to find a way through,” Hunt added. “British shipping must and will be protected.”

Iran’s Islamic Revolutionary Guards Corps (IRGC) said in a statement last night that it had captured a British oil tanker for violating international maritime law while crossing into the Strait of Hormuz.