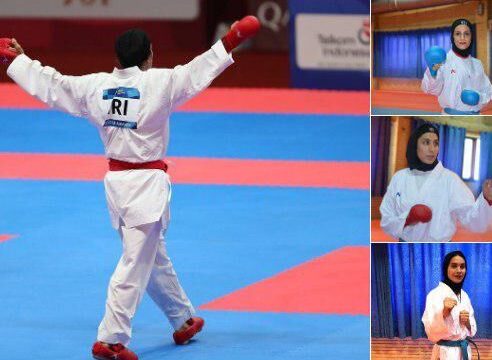 Karateka Istri Agung of Indonesia and I Sok Wong of Macau got bronze medals.

In the male kumite under-84kg category, Zabiollah Poorshab added a third gold to the Iranian collection with victory over Mahmoud Sajan of Jordan.

340 karate practitioners from 33 Asian countries are participating in this edition of Asian Championships in Tashkent from July 15 to 21.