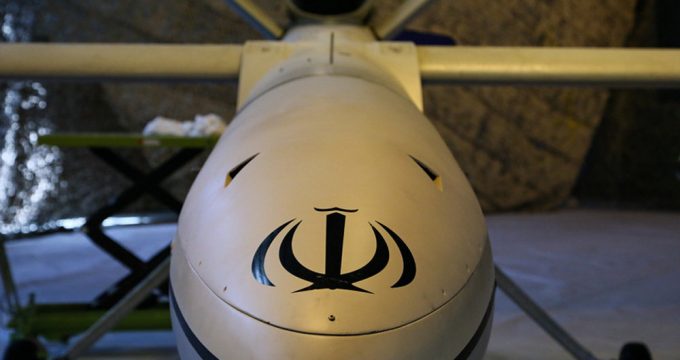 Iran is becoming a drone superpower

The Hill | Seth J. Frantzman: Iran is quietly building up an arsenal of locally-produced drones that it is exporting to its allies in the region and testing against enemies in Iraq, Israel and Saudi Arabia. On July 10, Iranian drones reportedly were used to attack a Kurdish dissident group in northern Iraq, after Iran accused the group of killing members of the Islamic Revolutionary Guard Corps. Iranian media said that a new IRGC drone unit was used during the attack, which comes three weeks after Iran downed a sophisticated American drone over the Persian Gulf

The Iranian drone threat is not confined to waters off Iran’s coast, or to neighboring states. It is becoming a regional threat against U.S. allies. Iran’s allies, from the Houthi rebels in Yemen to Hezbollah in Lebanon, are benefiting from Iran’s technical drone know-how. For example, the U.S. believes that a drone attack on Saudi oil facilities was launched by pro-Iranian groups in Iraq in May.

Hezbollah, which has flown drones or unmanned aerial vehicles (UAVs) into Israel in past years, has improved its Iranian-supplied drones and now threatens that, in a future war, it would use them against Israel. Hezbollah leader Hassan Nasrallah bragged on July 12 that Hezbollah has new and sophisticated drones. Hezbollah first used the Mirsad UAV, which is based on an Iranian model similar to Iran’s Ababil and Mohajer drones.

In Yemen, the Houthi rebels have been launching drone attacks on Saudi Arabian airports near the Yemen border. Nine were injured in early July in Abha. The Houthis use a drone called a Qasef-2K, which is based on Iran’s Ababil T drone.

Taken as a whole, Hezbollah, the Houthis and Iranian-backed militias in Iraq, using drone technology from Tehran, represent a major stepping stone for Iran in its ability to threaten the U.S. and its allies. Iran’s drone technology also appears to be growing more sophisticated. Since the 1980s, Iran sought to build up a force of locally produced drones.

In January, Iran put on display a plethora of new UAVs. These included its Shahed-171 “stealth drone” with precision-guided missiles and its Kaman 12 drone, which supposedly can fly to a range of 200 kilometers for up to 10 hours, according to Iranian media. Some Iranian drones are basically reverse-engineered copies of American drones. The Iranian Saegheh and Shahed 171 are copies of the Sentinel RQ-170 Iran captured in 2011. The Shahed 129 is similar to the U.S. MQ-1 Predator.

Not all of Iran’s claims to build super long-range and stealth drones are accurate, but Tehran’s bragging is not a reason to scoff at its abilities. Not only has it shown that it can use drones — such as the attacks on Kurdish dissidents in Iraq and sending a drone into Israel in February 2018 — it has shown it can shoot down U.S. drones.

Iran wants to show off its drones, at home and abroad, to show it can get around U.S. sanctions and continue to develop this military capability. This is why, from January to July, Iran has been conducting drone exercises and has said that it even monitored the movements of a U.S. aircraft carrier. The Islamic Revolutionary Guard Corps (IRGC), which Washington designated a terrorist organization, is spearheading these recent drone efforts.

The establishment of a special UAV unit and its use against Kurdish groups on July 10 show that the IRGC’s drone expertise can be easily linked to Iran’s role across the Middle East. The IRGC’s Quds Force has been behind Iranian UAVs sent to Syria during the civil war and to Iraq, according to 2018 testimony to the House Homeland Security Subcommittee on Counterterrorism and Intelligence.

In any future conflict with Iran that might involve the U.S. and its allies against Iran and its proxies, the drone threat will need to be addressed. It already is being confronted by Israel, Saudi Arabia and others. It is a clear symbol of Iran’s growing footprint across the Middle East, which stretches from Beirut to Damascus, Baghdad and Yemen via the Persian Gulf.