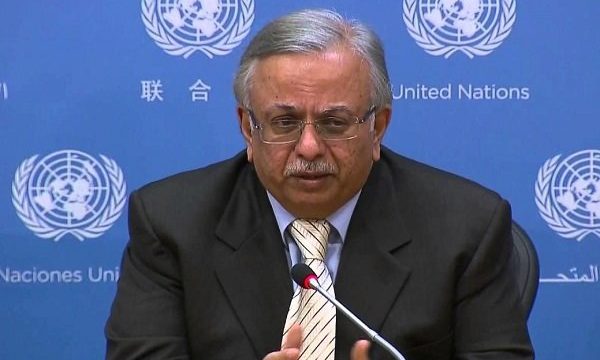 MNA – Saudi envoy to the United Nations Abdullah al-Muallemi has said that his country seeks ‘diplomatic interactions’ with Iran, claiming that there have been contacts between the two countries.

According to Arabic media, Abdullah al-Muallemi said after a meeting of the UN Security Council that Saudi Arabia does not seek war with the Islamic Republic of Iran.

Al-Muallemi said that “Saudi Arabia does not want war with Iran, neither in Yemen and nor anywhere else,” claiming that “it’s time to end the crisis in Yemen.”

The reports added that the UN envoy also said that his country is ready for ‘diplomatic engagement’ with Iran, adding that the diplomatic relations need common grounds.

The Saudi diplomat further claimed that there were contacts with Iran after the recent Arab summit and PGCC summit in Mecca.

This is while the Arab states attending the Mecca summits issued a very hostile anti-Iran final statement.