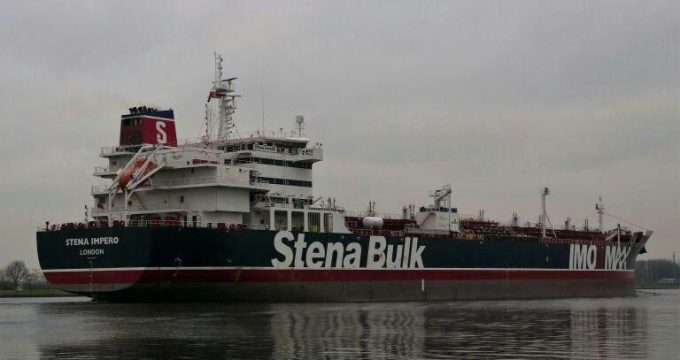 Press TV – Iran’s Islamic Revolution Guards Corps (IRGC) has said that it has captured a British oil tanker for breaching international maritime law while crossing the Strait of Hormuz.

The IRGC’s Public Relations Department said in a statement on Friday that the vessel named “Stena Impero” had been confiscated “at the request of Hormozgan Ports and Maritime Organization when passing through the Strait of Hormuz, for failing to respect international maritime rules.”