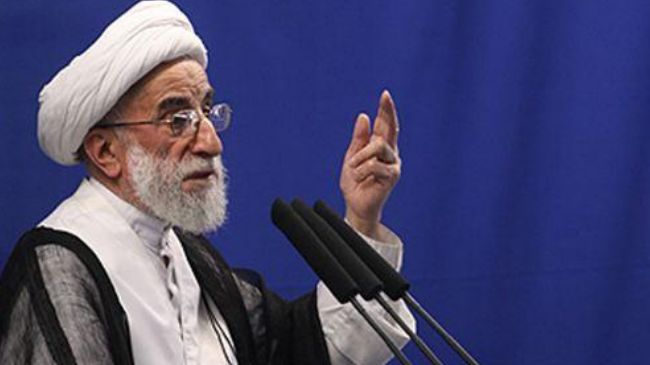 Tasnim – Members of Iran’s Guardian Council (GC) on Wednesday re-elected Ayatollah Ahmad Jannati as the secretary of the influential body, which is tasked with vetting legislative and presidential candidates, supervising elections and overseeing the bills passed in the Parliament.

During a meeting of the GC in Tehran on Wednesday, the members voted for the presiding board of the council, unanimously electing Ayatollah Jannati as the secretary of the supervising body for another year.

They also re-elected Abbasali Kadkhodaei as the spokesman for the Guardian Council for another year.

In a decree on Monday, Leader of the Islamic Revolution Ayatollah Seyed Ali Khamenei appointed a new member to the Guardian Council’s board of Fuqaha (Islamic jurists) and extended the tenure of two other members.

Ayatollah Khamenei appointed Hojjatoleslam Alireza A’rafi as a new member of the Guardian Council’s board of Fuqaha.

In separate decrees, Ayatollah Khamenei also extended the terms of two other members of the board.

According to the Leader’s decree, Ayatollah Mohammad Yazdi and Ayatollah Sadeq Amoli Larijani will remain in the council for six more years.

The Guardian Council is a constitutionally mandated 12-member council in Iran that, among other things, is tasked with ensuring the compatibility of the legislation passed by the parliament with the criteria of Islam and the Constitution.