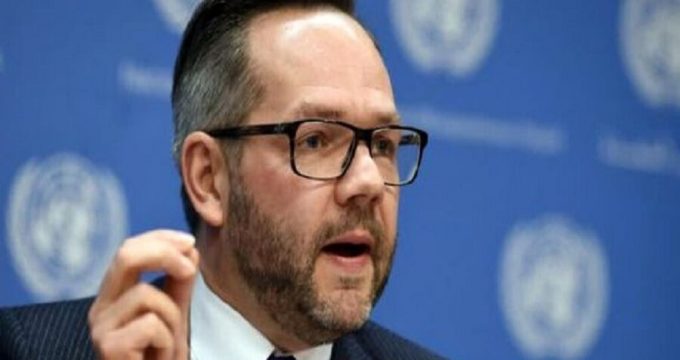 IRNA – German Minister for the European Union’s Affairs underlined that European authorities are looking for ways to reduce tensions about Iran.

The official called the current situation of the JCPOA as unacceptable, and stressed the need for practical action to save this international agreement.

The German official considered the continuation of the diplomatic process to resolve the Iranian nuclear crisis as essential, adding that the European Union has a special responsibility in this regard, which is in line with the interests of the entire region.

According to Roth, the disagreements between European countries for accepting asylum-seekers and recent tensions between EU countries on the operation of rescue vessels for refugees in the Mediterranean Sea is another topic to be discussed at the EU Foreign Ministers’ meeting.

Germany’s foreign minister, Heiko Maas, is not present at the meeting, and Minister for European Affairs of the German government, Michel Roth, has taken part in the meeting.

The EU foreign ministers’ meeting is scheduled to take place while Germany, France and Britain yesterday in a joint statement reaffirmed their commitment towards the JCPOA, and called for halting tensions in the Persian Gulf and resuming talks.

The leaders of Berlin, Paris and London said in the statement, “We have recently launched some diplomatic initiatives to help decrease the tension and dialogue, which requires urgent signs of goodwill from all sides.”

“While we continue to support the JCPOA, its continuity depends on Iran’s full adherence, and we strongly urge Iran to cancel its recent decisions on this matter. We will continue to find ways to negotiate which envisioned in the agreement to address Iran’s commitment, including through the Joint Commission of the JCPOA.”

On Sunday, the Islamic Republic of Iran, following a failure by the Group 4 + 1 to honor its commitment in the JCPOA and not meeting Iran’s demands, carried out a second step to reduce its commitments, according to which Iran no longer respects the limit on the level of enrichment to the ceiling 3.67 percent.

The Islamic Republic of Iran, emphasizing the continued reduction of its commitments in the nuclear deal, has  underscored that these steps are in line with the JCPOA and in accordance with Articles 26 and 36 of this agreement, and that if the partners take the steps necessary to fulfill their obligations, these measures can be quickly reversed.