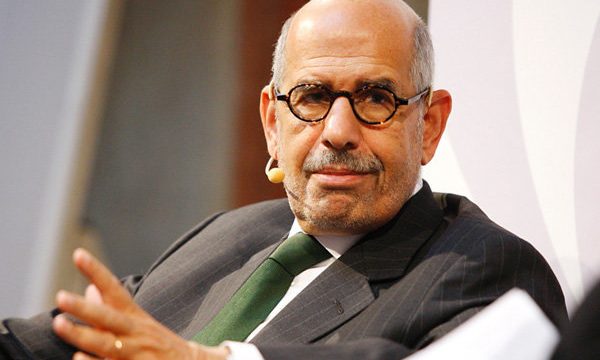 US waterboards Iran then asks for talks: former IAEA head

“They are applying a waterboarding method to Iran, drowning Iran and then looking and then asking them: let’s have a dialogue without any preconditions … No country is going to cooperate under these humiliating conditions,” he told BBC Radio 4, The Telegraph reported on Friday.

“If they (the US) want to go to war they are doing a perfect job,” he also added.

The United States unilaterally pulled out of the Iran nuclear deal in May 2018 and imposed sanctions on Iran in several stages. The move was politically condemned by the international community, especially by other signatories to the deal namely UK, France, Germany, Russia and China, yet, during the next one year, no practical measure was taken to shield Iran’s economy from harsh US sanctions.

Exactly one year after the US withdrawl, Iran announced that it would reduce its commitments to the deal within some 60-day stages. So far Iran’s enriched uranium stockpile and enrichment level has exceeded those agreed in the deal. Tehran says all its measure are according to paragraphs 26 and 36 of the deal while IAEA endorsing that all of Iran’s steps are taken in a transparent manner. Iran says all these steps are reversible if other parties safeguard Iran’s economic interests, including its oil export and banking relations which are under US sanctions.

At the same time, US officials repeatedly say that they are ready for talks without preconditions while the Iranian officials say that there will be no talks with the US under pressure.

ElBaradei went on to say that Iran’s actions are a ‘cry for help’ noting that ‘they are not an imminent threat’. He said that Iran is too far from 90% uranium enrichment needed for a nuclear bomb while Iran has always reiterated that nukes have no place in its defense doctrine and that uranium enrichment is solely done for peaceful purposes.

“It’s a symbolic reaction from a country that can’t even import medicines because of sanctions imposed by the US,” he said, also describing President Donald Trump’s decision to back out of the nuclear accord when it was “working” as “lacking rationale, legal basis and any common sense”.

IAEA, Iran-US tensions, Mohamed ElBaradei July 13, 2019
US house votes to limit Trump’s use of force against Iran
Iranian MPs to hold special meeting on motions to counteract US sanctions