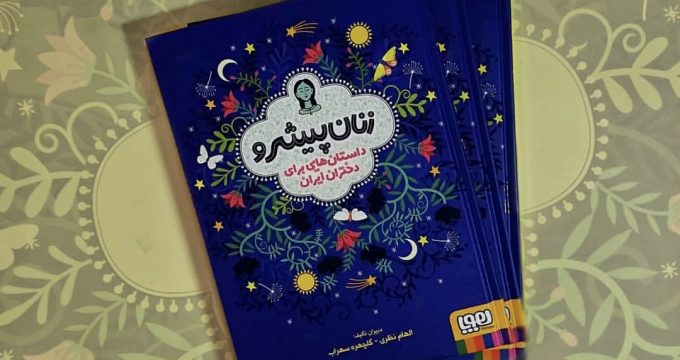 July 12, The Iran Project – On the occasion of the national day of children and young adults literature held annually on July 9, the ‘pioneer women’ book was unveiled with a large number of writers, researchers and literary dignitaries in attendance in the capital Tehran.

The unveiling ceremony of the book took place at the building of the house of humanities thinkers.

Elham Nazari, one of the authors of the book, Shirin Parsi, member of the board of directors of the Women’s Entrepreneur Society and Nezhat Amiri, Iran National Orchestra’s first and only female conductor as well as prominent children author were among the speakers.

The book is a collection of 50 short stories of Iranian women who have broken grounds in various fields, women who did not take no for an answer and stayed committed to their dreams.

This project started by writing stories of Iranian women and sharing them on social media (Telegram and Instagram). Initially, the target audience was young kids, the author stated.

. Later, the authors came to realize that women and men, in all ages, follow their stories. They said many parents wrote to them to share how they read the stories to their daughters at bedtime; also many teenagers expressed how much the stories have inspired them.

According to the authors, these stories gave them the energy to plow ahead and eventually they published 50 of their best stories in this volume.

Interesting facts about the book is that all authors and illustrators are women. It should be noted that this project was inspired by The ‘Bedtime Stories for Rebel Girls’.