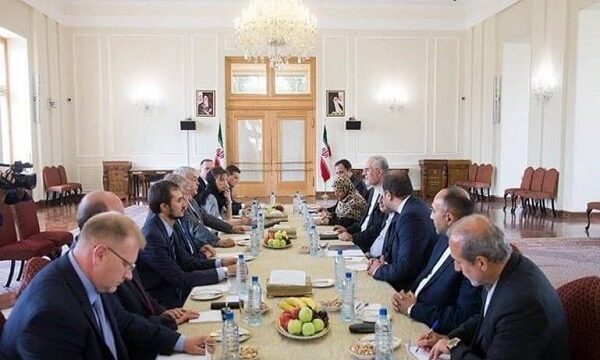 MNA – Russian President’s special envoy for Syria and accompanying delegation had a meeting with the Iranian Foreign Minister’s senior assistant for special political affairs in Tehran.

In the three-hour-long meeting on Tuesday, the two sides discussed the developments in Syria, including the formation of the constitutional committee, the task force on the exchange of detainees and abductees, the upcoming “Astana Process” meeting in Nur-Sultan on August 1-2, as well as the next summit of the guarantor states of the Astana Process.

Moreover, Khaji and Vershinin held talks and consultations on the latest developments in Yemen and the need to end Yemen’s crisis, including by implementing the Stockholm agreements.