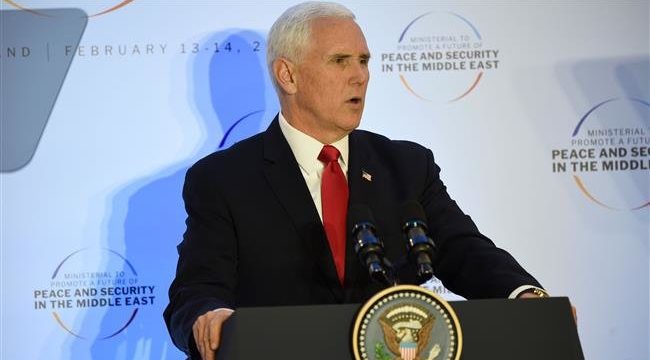 US does not seek war with Iran, VP Pence claims

US Vice President Mike Pence made the remarks in a speech to the advocacy group Christians United for Israel on 8 July, according to Sputnik news agency.

At the same time, the US vice president noted that the US won’t ‘back down’ from its efforts to prevent Iran from obtaining nuclear weapons, a repetitive accusation that Tehran has ruled out doing.

Pence furthermore slammed as ‘disastrous’ the Joint Comprehensive Plan of Action, also known as the Iran nuclear deal, threatening Iran that although the US is hoping to reach a peaceful resolution to its disagreements with Iran, the American military will be ready if Washington’s personnel or interests in the region are threatened by the Islamic Republic.