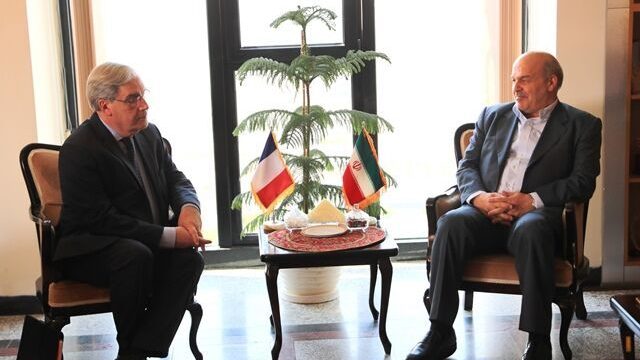 France slams US for pulling out of Paris accord

IRNA – France is critical of the US Administration for withdrawal from the Paris Agreement, said the ambassador of France in Tehran in meeting with the head of Iran’s Department of Environment.

Countering climate change needs an international resolve and Europe has undertaken to reduce greenhouse emissions by 2020 and 2030, said Philippe Thiébaud in the meeting with Isa Kalantari.

Signed in 2016, the Paris Agreement is an agreement within the United Nations Framework Convention on Climate Change (UNFCCC).

The deal copes with greenhouse-gas-emissions mitigation, adaptation, and finance trying to keep the increase in global average temperature to well below 2 °C above pre-industrial levels. By March 2019, 195 members have signed the agreement.

He also said that they have serious disagreement with the Unites States.

Kalantari said in the meeting that the sanctions leave very dire effects on the environment and may lead to water tensions, food tensions, and spread of particulates.

To provide enough food during sanctions, Iran has to pressure our water sources; sanctions have cut our environmental cooperation. If French car manufacturers had not stopped working with Iran, Iran would have Euro5 engines and instead of burning 85 million liters of gasoline, the 83-million people country would burn 60 million, which means Iran could save 120,000 barrels of crude oil per day and produce %7 less carbon, he said.

“Europeans are more committed to US sanctions than Trump himself. The environment is not included in the US sanctions, but Europeans deprived Iran of environmental equipment.”

Referring to the Conference of the Parties (COP 25) to be held in Santiago, Chile, on 9-10 December, Kalantari said,

“Fighting climate change requires a global resolve; when the US and other carbon-producer countries cop out, smaller countries cannot do anything.”

“Iran has lost %20 of its precipitation in the last 10 years, due to climate change … Iran is among the first victims of climate change.”

He said that during the oppressive sanctions, Iran has spent three billion dollars a year on environment.