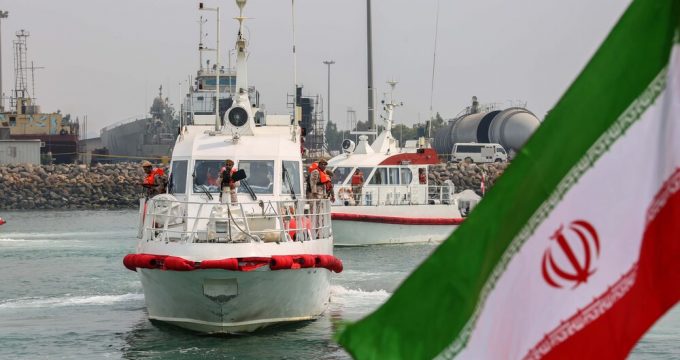 In a ceremony in the port city of Bandar Abbas, attended by ranking Iranian military officials, a total of seven Heidar-class patrol boats joined the coast guard’s fleet of watercraft.

In comments at the event, Defense Minister Brigadier General Amir Hatami said the patrol boats have been manufactured in conformity with international standards to meet the Police’s need in the course of protecting the sea borders.

The Iranian vessel can be used for rescue and relief operations in addition to coastal defense duties, the minster noted, saying the boat contains many advanced features that enable it to sail in rough sea.

The self-righting technology in the Iranian search and rescue boat prevents it from sinking, the minister added, saying that all main components of the boat, including its propulsion system, have been developed by the local experts.

The aluminum-hulled vessel is 19.3 meters long and travels at a speed of 35 knots, the general stated, saying the technologies used in the Heidar-class boat cane be used in other watercraft including the water ambulances, firefighter boats, anti-smuggling ships, and even the armed military vessels.

Leader of the Islamic Revolution Ayatollah Seyed Ali Khamenei has already called on the Police to constantly boost capabilities and match them to rapid advances in science and technology.

It has a broad range of responsibilities and includes several divisions, including cyber police, border guard police, traffic police, criminal investigation department, and a bureau for compulsory military service affairs.