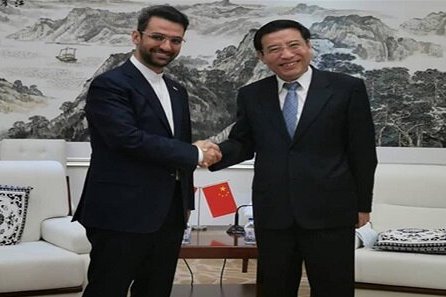 MNA – Top Iranian and Chinese ICT officials have agreed to establish a joint workgroup to tackle the threats from cyber attacks.

During the meeting, the two sides agreed to establish a joint workgroup to survey and counter the threats in the cyberspace.

Referring to the longstanding, friendly ties between the two nations and their common challenges in the face of the United States’ unilateralism, Jahromi said, “we are facing similar challenges, so we need to find common solutions for them.”

Referring to the US’ ban against two major Chinese companies, namely ZTE and Huawei, the Iranian minister said, “the United States has initiated modern colonialism [in ICT sector], hoping to spread its hegemony on the new strategic technologies, such as artificial intelligence.”

Miao Wei, for his part, said such threats and pressures are not acceptable in today’s world and should be tackled through cooperation.

Referring to the recent meeting between the presidents of Iran and China, the Chinese official expressed Beijing’s strong will to enhance ties with Tehran in all economic spheres.

The Iranian ICT minister traveled to China this week to participate in the Forum of Young Global Leaders, which was held in Dalian from June 30 to July 3.