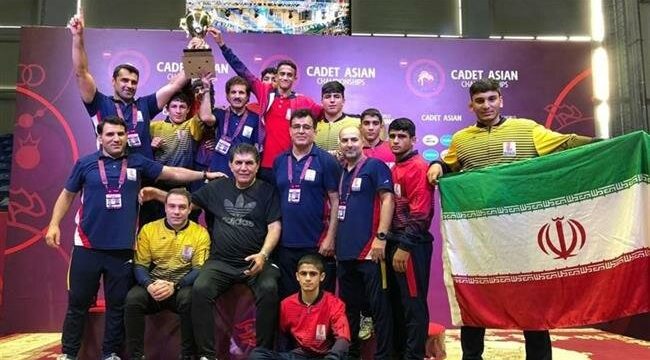 Press TV – Iran Greco-Roman wrestlers have claimed the title, after tallying four gold, two silver and a bronze medal on the second day of the 2019 Cadet Asian Championships in Kazakhstan.

Having pocketed three gold, a sliver and a bronze medal a day earlier, Iran went on to secure the championship when Hojjat Rezaee in the 65 kg category and Reza Saaki in the 71 kg category made it to the finals.

Rezaee, who received a bye in the first round, defeated wrestlers from Uzbekistan and China before out-muscling a home-favored opponent in the final, to wear the gold medal, while Saaki, who got past athletes from India, Uzbekistan and Kazakhstan, had to settle for a silver medal as he lost the final clash to his Kyrgyz opponent.

Iran topped the championship with 181 points, ahead of the hosts who bagged 175.