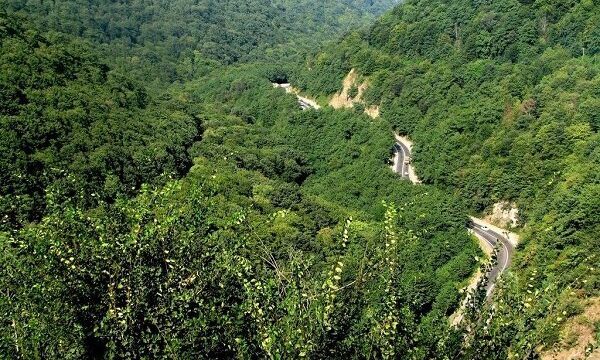 Tehran Times – Given that Zagros forests condition is worrisome being gravely threatened by wood logging, it must become the main concern of the related bodies to prevent it from disappearance, Khalil Aqaei, head of the Forests, Range, and Watershed Management Organization (FRWMO) has stated.

Zagros Mountains forest steppe ecoregion with an area of about 6 million hectares (3.5 percent of Iran) is located primarily in Iran, ranging northwest to southeast and roughly paralleling the country’s western border. The forests constitute 40 percent of the country’s forested area and is stretching over 12 provinces. These forests have also been called western oak forests, due to the dominancy of oak species.

A wide variety of wildlife, including wolves, leopards, and even the Persian fallow deer which was once thought extinct have made their homes in the mountains.

Saving Zagros forests is the first priority of the FRWMO, he noted, adding, only holding meetings and discussing the issues haunting the valuable forests is not solving the problems; it is necessary to follow up the implementation of the plans every day.

He went on to say that “We are conducting researches in collaboration with the Organization’s research institute to determine the areas suitable for cultivation and harvest of wood.”
To reduce the pressure on the forests for wood harvest, he noted that there is a need for the private sector to participate in the production of wood.

The other way to cut wood logging is to increase import, he added.

Elsewhere in his remarks, Aqaei pointed to the role of locals and environment lovers in reducing wildfires which is a way to save the forests, adding that also, the most advanced technologies should be used to protect forests.

With making the public aware of natural resources value, wildfire in forests and pastures has been reduced, he added.

Referring to the guidelines on saving Zagros forests, he stated that with the actions taken in this manner, there are sparkles of hope for the revival of these forests.

In January 2017, Majlis [Iranian parliament] prohibited any exploitation of endangered forests in line with the laws regulating all aspects of policy making and project managements with regard to environmental factors by the fourth year of implementing the sixth five-year national development plan.

With 157 MPs voting for the bill, exploitation of forests for commercial and industrial purposes will be brought to a halt by 2020. By that time all exploitation contracts will be expired and none will be renewed.

However, it even worsened wood smuggling in Zagros forests.

Yousefali Embrahimpour, commander of the protection unit of natural resources and watershed management department of West Azarbaijan province, said that over the past decade generally some 10 tons of smuggled logs have been seized, but the number has grown 15-fold this year.

Despite all the efforts only 10 percent of the smuggled logs have been seized and the rest were imported out of province, he regretted.