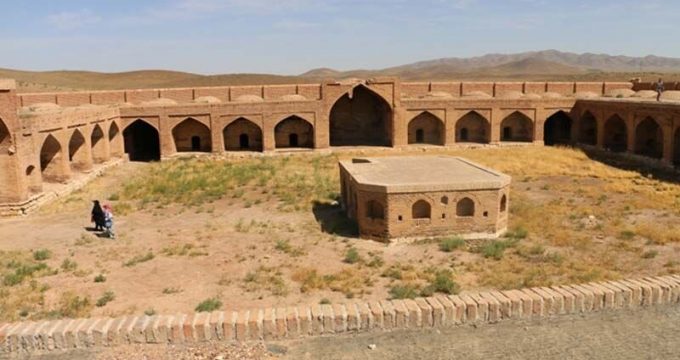 Tehran Times  – The third round of a restoration work has recently been commenced on Hojaib caravanserai with the aim of bringing the atmospheric inn to its former glory.

The Safavid-era (1501–1736) caravanserai is situated on north-west of a village of the same name in Buin Zahra county, Qazvin province.

Restoration projects involve repairing damaged arcades of the southeastern side, leveling the slopes, fixing drainage gradient of the roofs and landscape, downspouts, and tile bonding under supervision of the Cultural Heritage, Handicrafts and Tourism Organization, IRNA reported.

The famed Safavid king, Shah Abbas I (1571-1629), is credited with building a network of caravanserais across Persia (Iran) during the much later Safavid dynasty.

Caravanserai, or most commonly known as caravansara in today’s Iran, is a compound word combining “caravan” with “sara”. The first stand for a group of travelers and sara means the building.

The earliest caravanserais in the county were built in Achaemenid era (circa 550 -330 BC), being thrived upon the development of road systems and the increase in the number of travelers and merchants.

The ancient country is home to many mansions, caravanserais, bathhouses, madrasas, and other massive monuments, which can buttress its budding tourism and hospitality sectors if managed appropriately and refurbished properly.