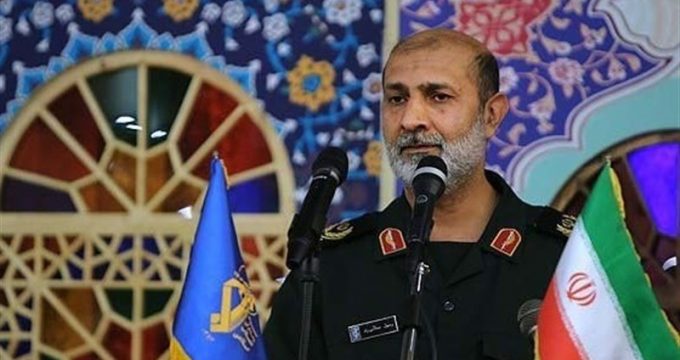 Tasnim – A senior Iranian military commander highlighted the failure of US-led plots against the Islamic Republic and said the enemies’ strategy to undermine the country has changed.

In a speech on Tuesday night, Brigadier General Raoul Sanaei-Rad hailed Iran’s grandeur at the international arena in the 40th year after the Islamic Revolution and said, “The enemies have carried out numerous seditious plots in these years against the revolution and the Establishment but they were not able to hit the structure of the Establishment.”

This enemies’ failure has forced them to change their strategy in confrontation with the Islamic Republic, he said, adding that they have been seeking to infiltrate into the internal organizations.

The Leader said that Iran’s enhanced military preparedness would frighten the foes and be deterrent against the enemies, underlining, “The Islamic Republic is not intending to begin a war against anyone, but you (the Iranian military forces) should boost your capabilities in such a way that not only the enemy would be fearful and afraid of attacking Iran, but also thanks to the solidarity, might, and effective presence of the Armed Forces, the specter of threats against the Iranian nation would be swept away.”

Iran-US tensions, Raoul Sanaei-Rad, US plots against Iran July 4, 2019
Iran, Iraq hold 2nd joint meeting of coordination on Arvand Rud
Why the Deal of the Century will fail?