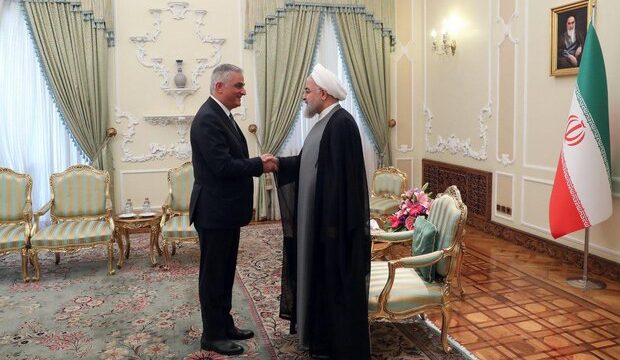 During the meeting, the two sides discussed a host of issues, including the bilateral ties as well as the latest regional and international developments.

Heading a high-ranking delegation, the Armenian diplomat arrived in Tehran on Tuesday to attend the 16th meeting of the Iran-Armenia Joint Economic Commission later in the day.

During the joint meeting on Tuesday, which Grigoryan hailed as very useful and productive, Iran and Armenia agreed to boost bilateral relations between the two neighboring countries in various economic spheres, including energy, transport, agriculture, and tourism.

According to the official, at the meeting, some agreements were reached on energy, transport, industry, trade, environment, and tourism, whose detailed results are well documented in the memorandum of understanding signed between the two sides.

The Armenian deputy prime minister further emphasized that the new deals are in line with the interests of both countries.

Iran and Armenia have ramped up efforts to boost bilateral relations in diverse economic and political fields in the past years.

The two sides signed a number of cooperation agreements in February, during a visit by Armenian Prime Minister Nikol Pashinyan to Tehran.