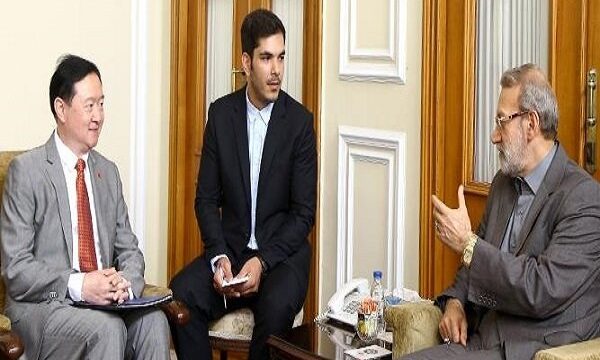 MNA – The Iranian parliament speaker has invited the speaker of Chinese parliament to visit Iran, urging for closer ties between special committees of the parliaments of the two countries.

Larijani congratulated Mr. Hua on his new post as the ambassador of the People’s Republic of China to Tehran and wished him good luck in his post. The Iranian parliament speaker further attached great importance to the bilateral relations between Tehran and Beijing, calling for expanded bilateral ties.

He underlined that the parliaments of the two countries can play an important role in expanding relations between the two sides.

The Iranian top legislator also said that that the special committees of the parliaments of the two countries should have closer cooperation, urging the two sides to have stepped-up bilateral parliamentary ties.

Chang Hua, for his part, presented a report on his plans to expand bilateral relations between Iran and China in various fields.