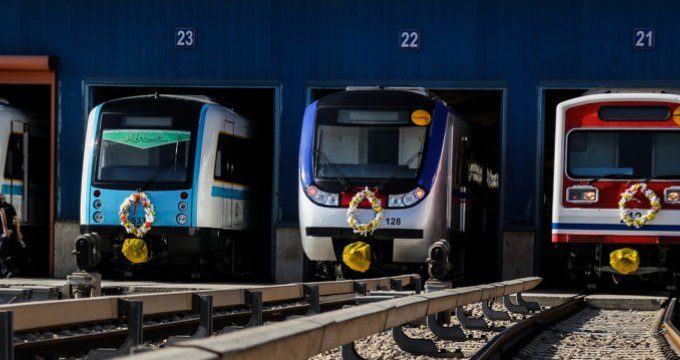 According to an agreement signed between Tehran Municipality and the vice presidency two years ago, it was planned to build trains by knowledge-based companies and a team of startups, he said.

“According to the plan, we have predicted to build 400 trains after two years,” he noted.

“Up to now 70 percent of trains have been imported from other countries and by signing this agreement, we are committed to build 85 percent of a train by the domestic industry,” he said.

“Manufacturing trains is one our concerns because the country needs this technology. In addition to Tehran, other metropolises can benefit from this national achievement,” he added.

“In this way, the knowledge-based ecosystem turns threats into opportunities and creates jobs.”

Tehran Municipality is also committed to help the vice presidency to establish an innovation factory in order to develop startups working in the field of urban services, he said.

A train includes seven or eight cars and 60 percent of the needed 300 billion rials (about $7 million) investment is provided by the Tehran Urban and Suburban Railway Operation Company and the rest by the Iran National Innovation Fund.

In late June, Tehran mayor Pirouz Hanachi said that some 70 new metro cars have been imported to the country which will soon join operational metro lines.

“In order to reach the maximum capacity of the subway, the time between arrivals of trains at the stations should be reduced to two minutes, while currently there is a gap of 2 to even 15 minutes due to the lack of metro cars,” he explained.

Tehran subway system consists of five operational lines, stretching to 170 kilometers, which is delivering over 730 million rides each year; two lines of 6 and 7 are under construction.

The lines link south to north, east to west and are gradually covering more neighborhoods. By completing the two aforementioned lines 70 kilometers will be added to the current railways. Currently, the total number of operational trains serving the passengers is 106 trains and 15 trains are running on the subway line 5 linking western Tehran to Karaj, Alborz province, so the city’s subway system comprises 121 trains.