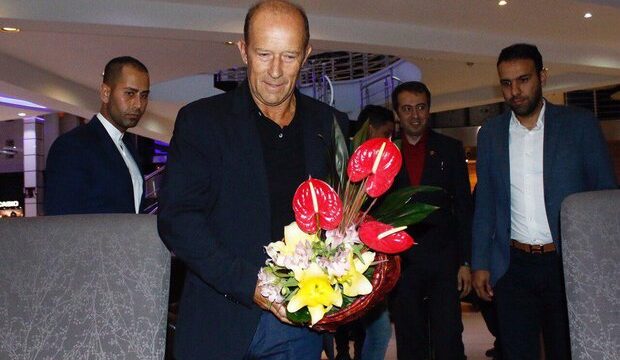 According to an official statement by Persepolis FC, the final round of talks with the Argentinian coach was held this morning, the details of which will be announced in a press conference within the next 48 hours.

The ex-Argentina midfielder, who has represented Albicelestes in the 1982 and 1990 FIFA World Cups, is familiar with coaching in the region since he has already led Bahrain, Oman and Saudi Arabian national football teams and coached Saudi clubs Al Hilal and Al Ittihad and Qatari outfit Qatar SC.

He will replace Branko Ivankovic, who left the Iranian club for Saudi Arabi’s Al Ahli.

Ivankovic led Persepolis to the Iranian domestic treble last season. Under the guidance of the Croat, the Reds experienced their first ever AFC Champions League final as well.

Upon his arrival in Tehran on Sunday night, Calderon said he has come to Persepolis to continue the team’s winning way in the last three seasons.

“Persepolis are one of the Asia’s greatest teams with the best supporters in Iran and Asia. We want to win IPL title for the fourth successive time, that’s why I am here,” Tehran Times quoted him as saying.

“We want to improve our quality and I believe that we can do it. I am highly motivated to work with the team because Persepolis are a big club. I can promise the fans that I will do my best and we will display glittering performance in Iran and Asia,” he added.