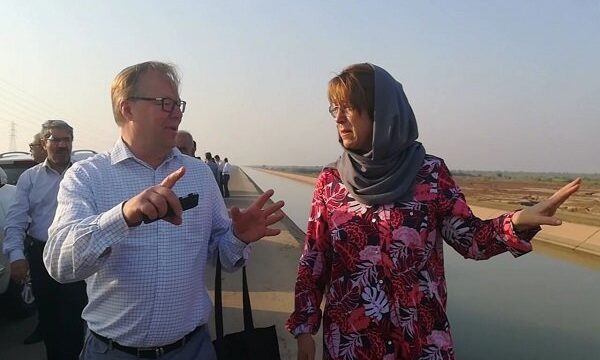 MNA – A four-member team of European experts has visited areas in southwestern Iranian province of Khuzestan, which are prone to creating dust storms.

According to the Director General of Khuzestan Province’s Environment Office Shahriar Askari, on Friday, a four-member team of European experts from Finland, Germany and Austria visited areas in southwestern Iranian province of Khuzestan, which are prone to creating dust storms.

Askari said that Iranian experts working with the Department of the Environment (DOE) were accompanying the EU delegation during the visit.

He added that their visit to Khuzestan lasts two days and is aimed at visiting the areas in the east of the provincial capital of Ahvaz, which are prone to creating dust storms.

The official added that they will pay a visit to a landfill in Safira in Ahvaz.

Askari went on to say that the Europeans will also attend a meeting of Dust Storm Working Group and Wastes Management Working Group at the Khuzestan provincial governor office on Saturday.

With respect to the aims of the visit of the EU delegation, the director general said that exploring the possibility of transferring the experience and expertise of the European Union experts in the field of air pollution and wastes management to the Iranian side is on the agenda of their trip.

He also noted that the trip is taking place within the framework of an agreement between Iran’s DOE and the EU, according to which Khuzestan province has been selected as the study area for carrying out litter management and air pollution projects.