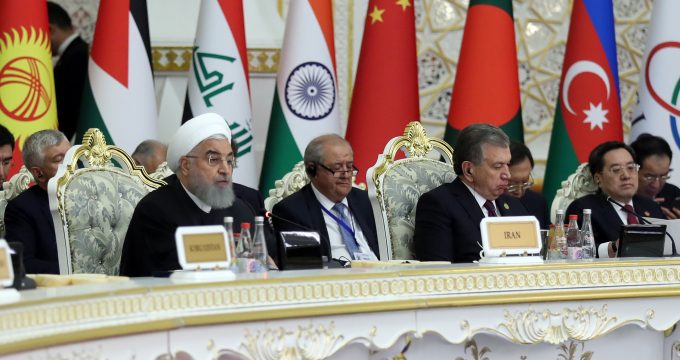 Iran seeks relief from US sanctions in Asia

Al-Monitor | Alireza Noori: Hoping to ease the pain of mounting US pressure, Iran has been exploring all its diplomatic channels. Most recently, President Hassan Rouhani spent two hectic days networking at international conferences.

He attended the Shanghai Cooperation Organization summit, held June 13-14 in Kyrgyzstan’s capital, Bishkek, and the Conference on Interaction and Confidence Building Measures in Asia on June 15 in Tajikistan’s capital, Dushanbe.

During both events, Rouhani had a single mission: to elucidate Iran’s major policies in the presence of leaders and officials representing more than 20 countries.