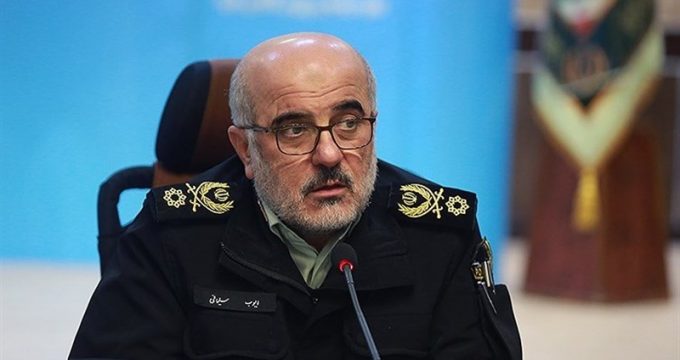 Tasnim – The Law Enforcement Force of the Islamic Republic of Iran has set up a new department tasked with countering economic crimes, a commander said.

Speaking to reporters in northern the city of Semnan on Sunday, Lieutenant Commander of the Iranian Police Brigadier General Ayyoub Soleimani said branches of an independent department named “Economic Security Police” have been set up in several Iranian provinces with big shares of the country’s economy.

He said the specialized department was established in response to a series of hostile plots to disrupt the country’s economy.

The Economic Security Police is focusing on plans to tackle problems hampering production in Iran, the commander noted, expressing hope for a reduction in economic crimes including the smuggling of fuel, livestock smuggling, and problems in the supply of consumer goods to the public.

In December 2018, Police Commander Brigadier General Hossein Ashtari stressed that his forces have taken the tough line with wrongdoers over economic crimes.

Since August 2018, the Judiciary has begun to hold public trials of individuals involved in major economic corruption cases.

The names of defendants were made public after Leader of the Islamic Revolution Ayatollah Seyed Ali Khamenei permitted the Judiciary to take special measures in order to confront economic corruption and called for “swift and just” legal action against financial crimes.