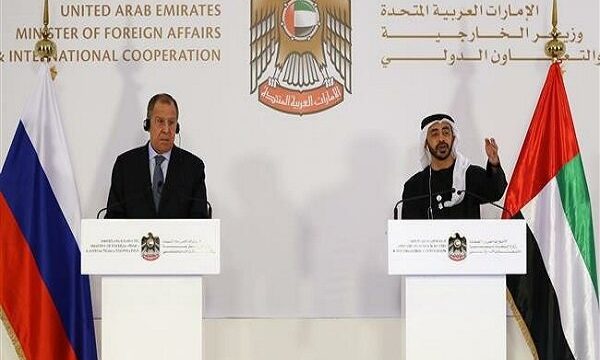 MNA – The UAE says there is no “clear, scientific and convincing” evidence to assign blame for the recent tanker attacks off its coast in the Sea of Oman in clear rebuttal to the US and Saudi Arabia’s claims, which hold Iran responsible for the suspicious acts.

UAE Foreign Minister Sheikh Abdullah bin Zayed Al Nahyan said Wednesday, according to Press TV, that his country was not able to pin the attacks on any country because an investigation had failed to find enough proof.

“Honestly we can’t point the blame at any country because we don’t have evidence,” bin Zayed said during a joint press conference with his Russian counterpart, Sergey Lavrov, in Moscow.

Last month, four tankers were subjected to what Abu Dhabi called “acts of sabotage” outside the tiny Persian Gulf sheikhdom’s territorial waters near the Strait of Hormuz.

A joint investigation by the three countries concluded that a “state actor” was most likely behind the incident in May but stopped short of singling out any country.

Another pair of tankers — one of them Japanese — were attacked in the Sea of Oman earlier this month.