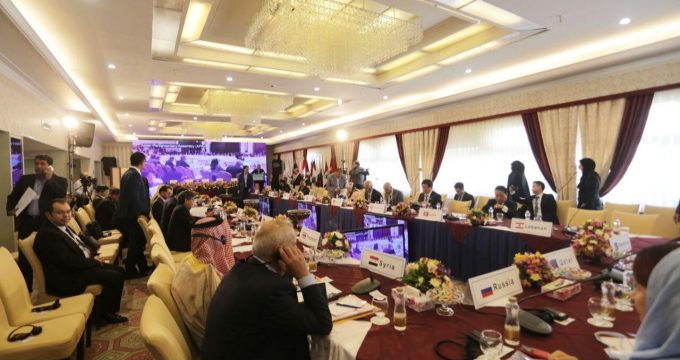 IRNA –The meeting of the Asian Parliamentary Assembly (APA) Standing Committee on Political Affairs started with participation of 20 countries in Isfahan on Wednesday.

After the Inter-Parliamentary Union (IPU), the APA is the biggest inter-parliamentary body in the world; it has 56 parliaments as members from which 42 are permanent members and 14 are observers.

The meeting started with the participation of Iran, Afghanistan, Bangladesh, Cambodia, Cyprus, Indonesia, Iraq, Jordan, Pakistan, Syria, Turkey, Vietnam, and Qatar and will continue until Thursday.

Secretary-General of the APA Mohammad-Reza Majidi said, “The meeting has some important issues on the agenda, including debate to pass eight drafts as the APA Resolutions by the executive council in Turkey in the end of the year.”

The APA periodic presidency will transfer from Turkey to Pakistan in the next meeting.

He added that the assembly has four committees: socio-cultural, economic, political, financial-executive, and economic and sustainable development.

The APA political committee is among the most important ones and has resolutions about strengthening peace, good governance, good parliamentary practices, and building prosperity in Asia through Friendship and Cooperation on agenda.

Parliamentary Union was established in 1889 by Frédéric Passy of France and William Randal Cremer of United Kingdom. It was the first permanent forum for multilateral political negotiations. The organization was initially designed for individual parliament members, but later on it changed into an international organization of the parliaments.

The IPU has permanent observer status at the United Nations General Assembly.

Asian Parliamentary Assembly (APA), Isfahan June 26, 2019
Zarif exposes US’ bogus call for talks
Iraq not to let US use its territory to attack Iran: Iraqi president