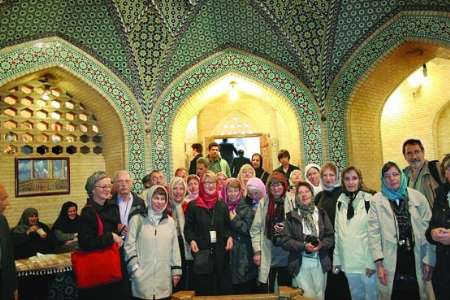 Iran not to stamp passports of visiting foreigners

MNA – Iranian President Hassan Rouhani issued an order to the Interior minister on Sunday, according to which Iran will not put stamps on the passports of the visiting foreigners.

The Iranian President urged the interior minister to put the order into operation under the Law Enforcement Force of the Islamic Republic of Iran.

Cabinet Spokesman Ali Rabiei said last Wednesday that “under its economic terrorism plans, the US is trying to frighten and stop foreign tourists from making trips to Iran.”

“Unfortunately, the US is following its economic terrorism programs against Iran and seeks to frighten everybody who wishes to travel to Iran from future problems or being sanctioned,” he said, “Today, President Rouhani issued an order according to which Iran will not put stamp on the passports of the visiting foreign tourists.”

US has been escalating economic terrorism against Iranians. Condemning the US measures in this regard, Iranian officials have urged US to stop taking such measures on the way to have positive developments start.

President Rouhani said in a joint press conference with Japanese Prime Minister Shinzo Abe on June 12, that the cause of all current tensions in the region is the US’ economic war against the Iranian nation.