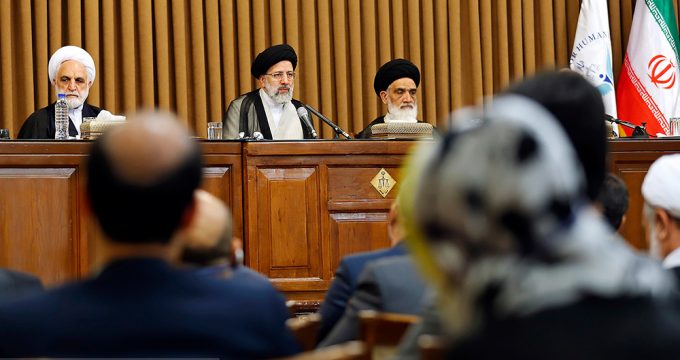 US, its regional allies main violators of human rights: Raeisi

MNA – Iranian Judiciary Chief Seyyed Ebrahim Raeisi said that US and its allies in the Middle East are the main violators of the human rights as one can see in cases of Palestine and Yemen.

He made the Monday remarks in Tehran in a meeting with foreign envoys to Iran.

“Today, the right of Palestinians is being continuously violated and data shows that some seven million Palestinians have been displaced,” he said, adding, “Iran believes that all people who belong to Palestine should take part in a free referendum to determine their government.”

He went on to say that the Saudi regime is the biggest human rights’ violator in the region, and despite formation of queues for executions in the regime, Washington still supports Riyadh. Saudi Arabia has been recognized as a war criminal state by many human rights institutions and recently their war in Yemen has claimed lives of some 60,000 Yemenis, however, the United States still backs the Saudi regime, he lamented.

Today those who are accused of violating human rights have become claimants of the same rights, he noted.