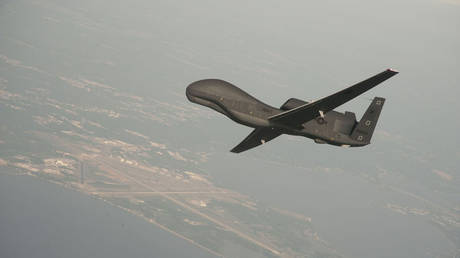 Sputnik – Tense relations between Tehran and Washington further escalated this week after Iranian air defences shot down a US spy drone over the Gulf of Oman, stating it was operating in Iranian airspace. Claude El Khal, an independent journalist based in Lebanon, commented on the escalation and how it could affect the region.

Sputnik: US President Donald Trump approved a military operation against Iran after the downing of a US spy drone, but stepped back from launching it on Thursday night. What do you think influenced the president’s decision?

Claude El Khal: It’s hard to say because the operation was well underway from what I understood from the article in the New York Times. Perhaps, he had a better analysis of the situation. Or, perhaps, it was some sort of warning to Iran. Reuters reported that, according to unnamed Iranian officials, Donald Trump sent a message to Iran via Omansaying that an attack was underway and they can stop it by accepting to negotiate. The Iranian answer was no negotiation.

So, we don’t know exactly what went through. It’s a bit awkward to be at such an advanced stage in military action and then suddenly stop it. But in any case, the consequences of this act of war with Iran would be very costly to the United States and to the Middle East.

Today’s Iran is not Iraq when Saddam Hussein was in power, it’s a completely different scenario. The US can’t just go there and bomb, do whatever they please; the entire region, the entire Middle East, will be set ablaze if it happens.

Not only Iran will be touched by this war, but also the Gulf Countries, Saudi Arabia, the UAE, Qatar, Bahrain etc. And it might even go beyond that; it might ignite the Lebanese-Israeli conflict, there might be attacks from Syria towards Israel; it will also affect Iraq. So, we’re talking about a big regional war.

Sputnik: How could conflict with a strong player in the Middle East region, such as Iran, especially if it comes to actual hostilities, affect the ratings of President Trump?

Claude El Khal: Now Iran is a key player in the region, it’s a regional power. All US military bases in the Gulf are within reach of Iranian missiles, so it will be a very costly war to the United States. If this war is going to happen, I believe it will cost Trump his re-election. Awkwardly enough, a tweet from 2011 just resurfaced in which Trump is saying that in order to get elected, Barack Obama would start a war with Iran. He was basically saying that Obama needed a war with Iran to be able to get re-elected.

Today, it’s the exact opposite for Donald Trump, because his promise to his voters was not to engage in any new war, withdraw from all pending military conflicts and focus on the American economy. And the American economy is in good shape. It hasn’t been in such good shape for a very long time.

If he does the same thing as his predecessors, go to war, spend billions of dollars and basically weaken the US’ position in the Middle East, that could anger the people who voted for him.

And the American economy is in good shape, it hasn’t been in such a good shape for a very long time, so if he goes and does the same thing as his predecessors, like go to war and spend billions and basically weaken the US’ position in the Middle East, that will not be very good and could aggravate the people who voted for him.

Sputnik: Does the current US administration really need such a military escalation in the run-up to the election? Could you explain your position?

Claude El Khal: As I’ve just said, it’s the complete opposite to the previous administrations. This administration, the Trump administration, does not need a war. All the others before him came from the same establishment, Obama, Clinton, Bush etc., even though there were Republicans and Democrats, but in the Middle East, they were pursuing almost the same policy.

So basically, if he goes back to the good old American policy of basically bombing anyone or any country that resists the US decisions, it would not go well for him. I think he will lose the election. So, no, Trump doesn’t need a new war in the Middle East.

Sputnik: Who could ultimately benefit from an Iran-US war?

Claude El Khal: Israel, obviously. But when we say Israel we need to be precise: it’s the current government in Israel: when the US pulled out of the Iran deal, Benjamin Netanyahu said it was a great decision. But if you look at the facts, did the United States benefit from all the wars they launched directly or indirectly?

If we look at the map of the region, these are the only countries that were attacked and destroyed. Off course they were dictatorships, but when you look at other countries in the Middle East, you will see that there are many other dictatorships. But because they don’t have such a position towards Israel, because they don’t “resist” Israel in the region, they are fine, nobody is touching them. Actually, they are protected. Saudi Arabia, for example.

Obviously, Saudi Arabia could also eventually benefit – I mean some people in Saudi Arabia probably think that they could benefit from such a war.But it’s a mistake. Because if such a war were ever to happen, everyone would be dragged into it, everyone would lose. And civilians everywhere would pay the price, in Iran, in Iraq, in the Gulf, in Syria, in Israel, in the Palestinian territories, in Gaza, in Lebanon.

No one would really benefit from this, except some hawkish politicians in the American administration, John Bolton for example, who’s been dreaming about attacking Iran for years, and some Israeli politicians, like Benjamin Netanyahu. Concretely speaking, this war will not benefit anyone, it will destroy the region.

Sputnik: What has the United States achieved since the Trump administration pulled out of the Iran deal in May 2018? How successful has the “maximum pressure” policy been at pressuring the Islamic Republic?

Claude El Khal: Not so successful. Pulling out of the Iranian nuclear deal was probably one of the worst decisions the Trump administration made so far. It did not bend the will of the Iranian leadership. It just brought more tension to the region. And we see the results. A war with Iran would be a catastrophe for everyone.

Look at what happened when Iran shot down the US drone. Oil prices went up by six per cent. That’s massive for just one drone. Imagine the consequences for the people in Europe, the United States if there’s a war. So nothing good came out from this “maximum pressure”, nothing at all.

If you look at the facts on the ground, you won’t see anything positive. The nuclear deal stopped Iran from continuing its uranium enrichment program. Now, after the US pulled out of the deal, and while the Europeans are just standing there, not doing anything, what happened is: the Iranian enrichment program started again. This “maximum pressure” policy was actually counterproductive.

Sputnik: How do you estimate Iran as a player in the Middle East region?

Claude El Khal: Iran is a major player. It’s a regional power with a very strong military. A sophisticated US drone was shot down by an Iranian made missile. Iran has the right technology and a strong army.

Sputnik: How do you think the situation will develop?

Views and opinions, expressed in the article are those of Claude El Khal and do not necessarily reflect those of Sputnik.